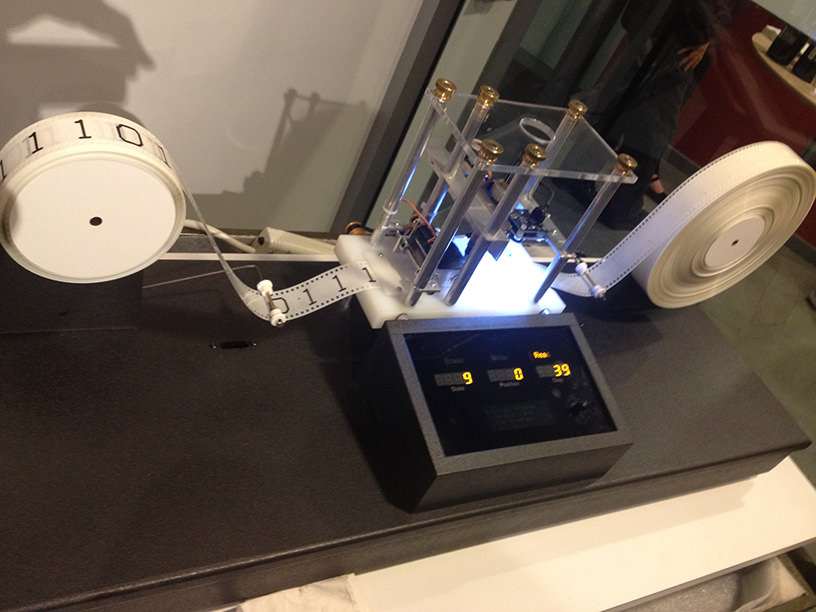 Cybernetics and the Pioneers of Computer Art

Photos: by Thomas Dreher and Art & Language (the archives of Michael Baldwin and Mel Ramsden), if no other photographers' names, artists' names or sources are indicated [The unsatisfactory image-quality of some color illustrations is the result of a combination of the low photo-resolution for the web 1.0 (before DSL) distribution and a digitisation of slides photographed by Thomas Dreher with coarse-grained ASA 400 color films in interior spaces without flashlight and tripod. The disadvantages of this combination are clearly recognisable if the illustrations present text. If the artists (Art & Language: Michael Baldwin and Mel Ramsden) were not able to help with alternative illustrations the slides were used as irreplaceable historical documents.]

Layout and programming of the first web version in Mai 1999: Michael Hofstetter. Updates since March 2001 (and an update to English as the first language in November 2016): Thomas Dreher (last modification: August 2020).

Layout of the Homepage and the Diagram, 2003 (redesign 2008): Michael Hofstetter

Illustration in Art & Language: Bildchronologie 1966-1999: overlay of Ian Burn: Altered Photographs (1968) and Art & Language: Index 01 (1972). The overlay presents a screenshot of sequences being produced with XX - Double Exposure by Julian Konczak and Russell Richards (March 2005) in using a database of images filled with illustrations of works by Art & Language.

Alterations of the web address: "Thomas Dreher: Intermedia Art" was installed in Mai 1999 as a website with the URL address http://mitglied.tripod.de/ThomasDreher and redirected since an unknown date by the provider to the URL address http://mitglied.lycos.de/ThomasDreher. Since 2003 the provider Lycos integrated a column for ads on the right side. The site http://mitglied.lycos.de/ThomasDreher existed for a while because of numerous links and entries in search systems, before it was deleted by the provider. After a friendly offer by Johannes Auer (netzliteratur.net) "Thomas Dreher: Intermedia Art" was reinstalled on another server in 2004 at the URL address http://dreher.netzliteratur.net (current version, without advertisement).

The author can not predict changings of external websites addressed by links. The author is forced to distance himself from the content of linked web pages because of the German "Haftung für Links" ("liability concerning links").

Data privacy statement: For the website dreher.netzliteratur.net no personal data are stored and no software of third-party providers is used. For a usage statistic the number of visits is stored and the calling IP address is partly anonymised: The last two digits of a visitor IP are cut: IP 11.22.33.44 is converted into 11.22.0.0. Cookies are not set.