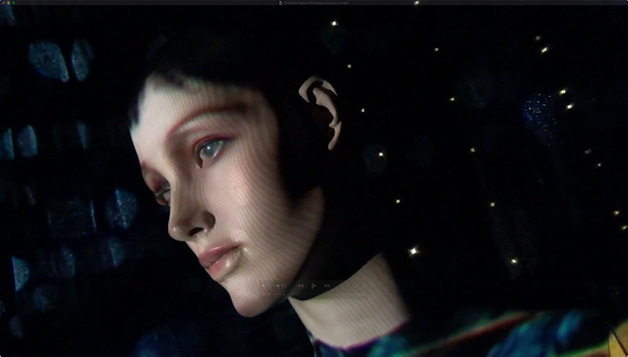 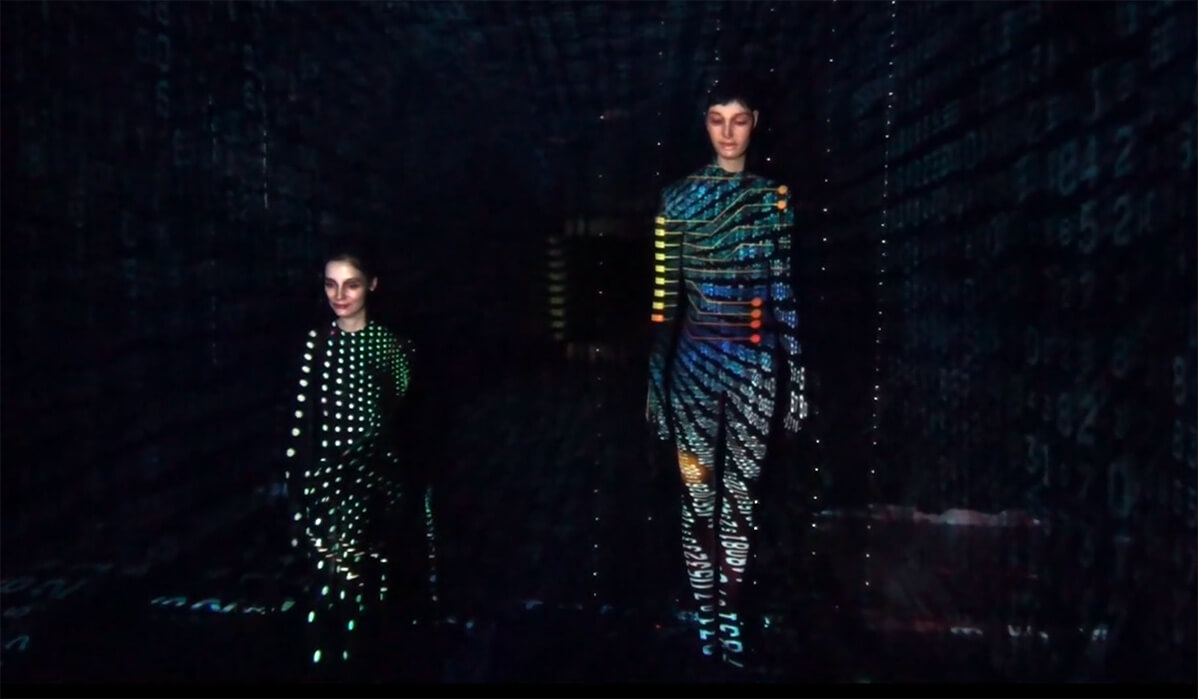 The Winnipeg Turing Test is a documentation of my work in progress “Game Over” (sound: Emma Hendrix), presented at a Video Pool residency. The installation featured two almost-human beings in an almost-real virtual environment, engaging in a self-reflective pseudo-discourse about human-machine communications, social robotics and artificial intelligence.

This video exposes the elements of the illusion, which, although readily apparent in the Winnipeg show, left the majority of the audience with an uncanny feeling, bewildered by what they saw. Subconscious fear makes things appear realer than real. We make AI to our image and then fear its threat to our basic conception of human identity. Fears of global death by terminator robots, of our replacement and annihilation by alien automata or human duplicators are images of subconscious fears that come into play when evoked.

There is an interesting hypothesis in the field of 3D animation, robotics and human aesthetics, called the ‘Uncanny Valley’:

It holds that human replicas (humanoid robots) are endearing to humans as long as the resemblance is not too close, but when a robot starts to look and act almost perfectly like an actual human being, a strong response of revulsion is provoked. The "valley" refers to the drop in comfort level as a function of a robot's human-likeness. … Since the uncanny is both familiar and strange, it creates a cognitive dissonance due to perceptual conflict in the brain, as the brain seems always to expect appearance and behavior to be congruent. [Wikipedia — modified text]

I use “perceptual conflict” and “cognitive dissonance” as tools to keep the viewer suspended in intellectual uncertainty, making categorical perception and thinking difficult. Why? To liberate them from preconceived notions about what they see and place them in a situation of ‘intellectual innocence’. The uncanny will do just this, and hopefully open up some new strata of insight.

As an artist, my interest has always been to erase the difference between the real and the virtual — and as a Buddhist practitioner, to make that difference clear. For everything that manifests is ‘real’, but it is only in the contemplative stillness of meditation that one can know it for what it really is. And to reach that clarity, one needs to first embrace ambiguity, and to linger in it. Clarity cannot arise if the mind is categorical and rigid. It needs to be soft like half-vision at dusk, where birds and planes and gnats look alike and the attention is easily kept at just the idea of flight.

“The owl of Minerva flies only at dusk,” wrote Hegel. What he meant by this is that "wisdom appears only in the "maturity of reality" since understanding takes place in hindsight", but I like to interpret 'dusk' as ambiguity, the space of open possibilities needed for knowledge and wisdom to take shape.

Back to Buddhism — this is the core of the practice — to get an insight into the underlying laws of the way things manifest and to understand that we ourselves are also subjects to those laws and manifestations. Will these laws change in the future when we join AI to become these hybrid, augmented creatures? Will we also become the designers of these laws? Like Nature, like Gods…?